Although this blog is about London Details, this photographic post makes an excursion to Compton, near Guildford, in Surrey where the Watts Mortuary Chapel can be found. The chapel is also known as the Watts Cemetery Chapel and can be found close to Watts Gallery. The first part of the name, Watts, may give you clue why I am including a Surrey chapel in this blog as George Frederic Watts, painter and sculptor, was the brain behind the Memorial to Heroic Self Sacrifice in Postman’s Park. Although Watts already conceived the idea of such a memorial in 1887, it took so long to materialise that only four plaques had been installed in the memorial wall in the park before Watts’ death in 1904. His widow, Mary Seton Fraser Tytler, continued the project, as she was to do with the chapel in Compton.

Mary Watts was the artistic force behind the chapel, but her husband paid for it and presented it to the village of Compton. Lots of villagers were involved in shaping and decorating the chapel with Mary Watts teaching them how to make the terracotta tiles as well as guiding them in decorating the interior in the Arts & Crafts style mixed with Celtic influences. And it is true what Richard Jefferies, former curator of Watts Gallery, says, that nothing prepares you for the shock of seeing the interior, even after having been astounded by the outside (for link see bottom of post). Both George Frederic and Mary are buried in the cemetery behind the chapel. The chapel is now a Grade I listed building and the cemetery itself is Grade II.(1) Unfortunately the inside is rather dark and no match for my small camera, but I hope I can give you at least a faint impression of what there is to see in this amazing building. 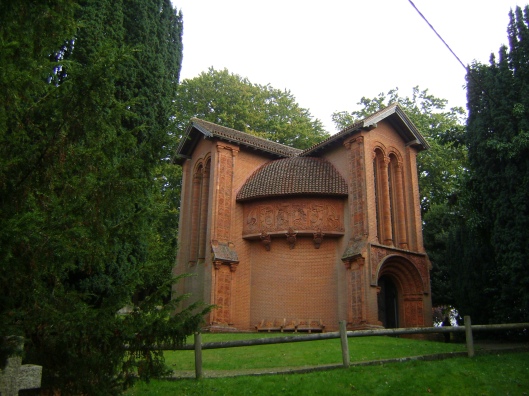 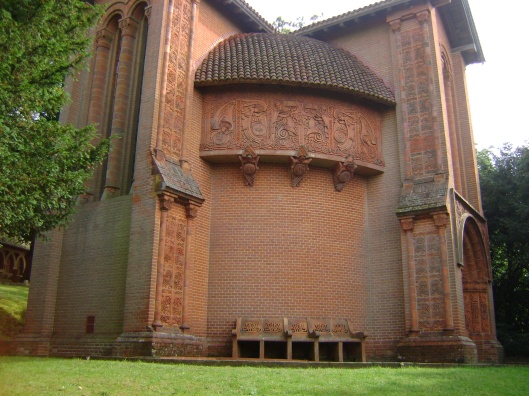 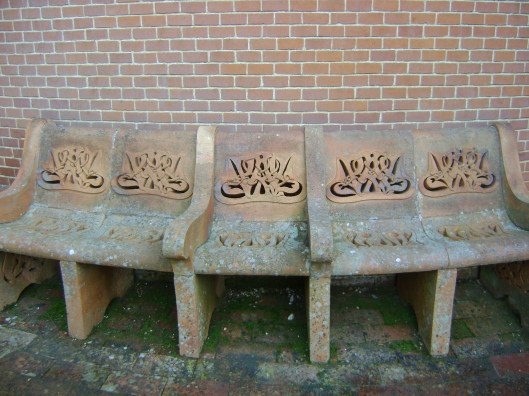 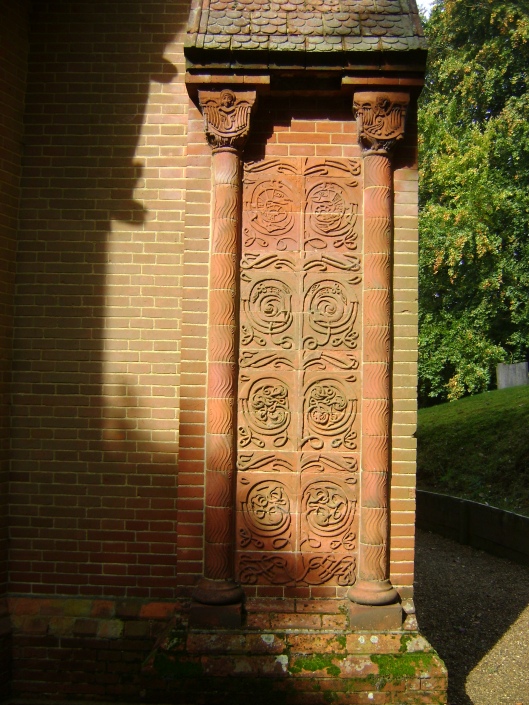 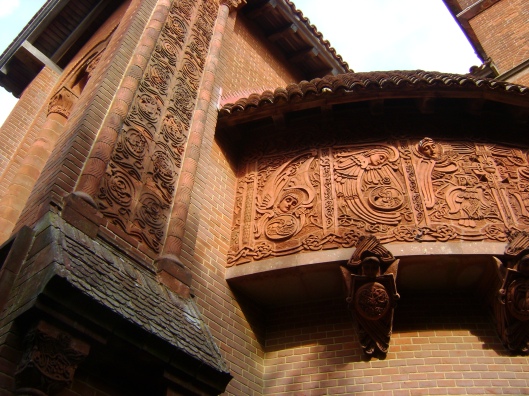 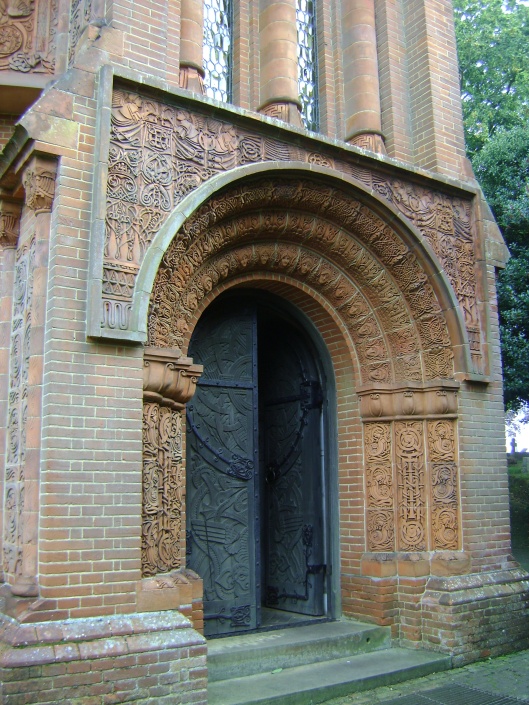 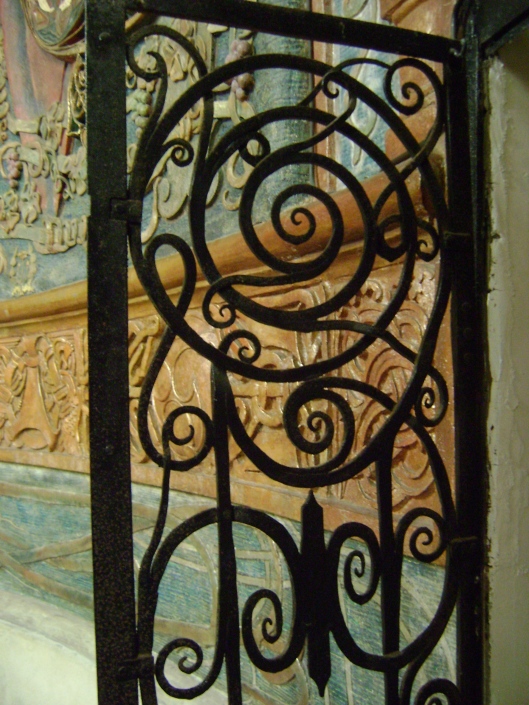 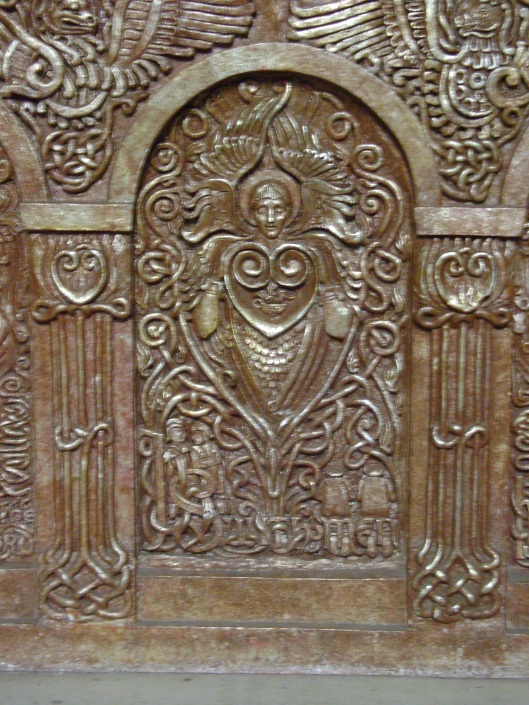 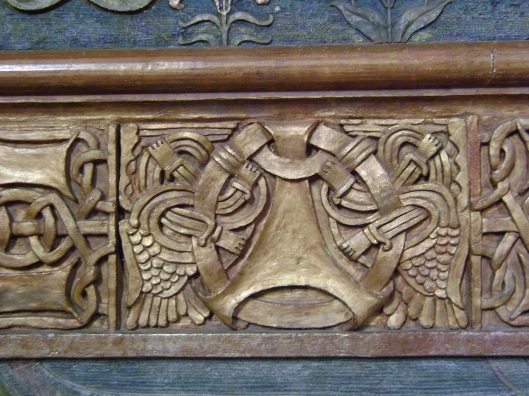 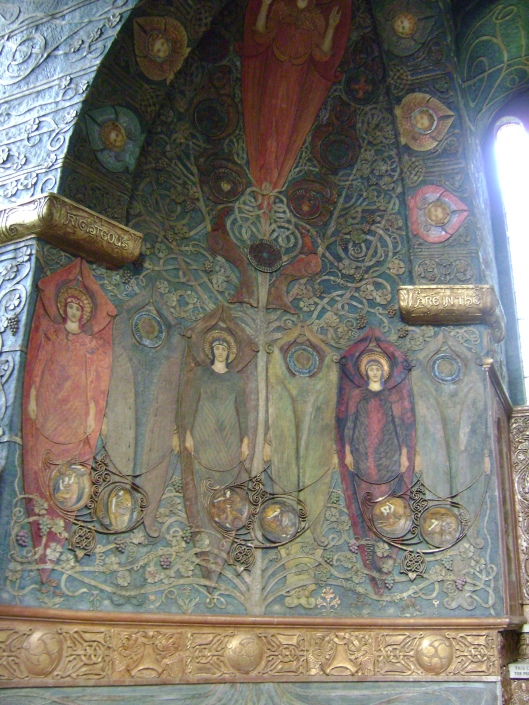 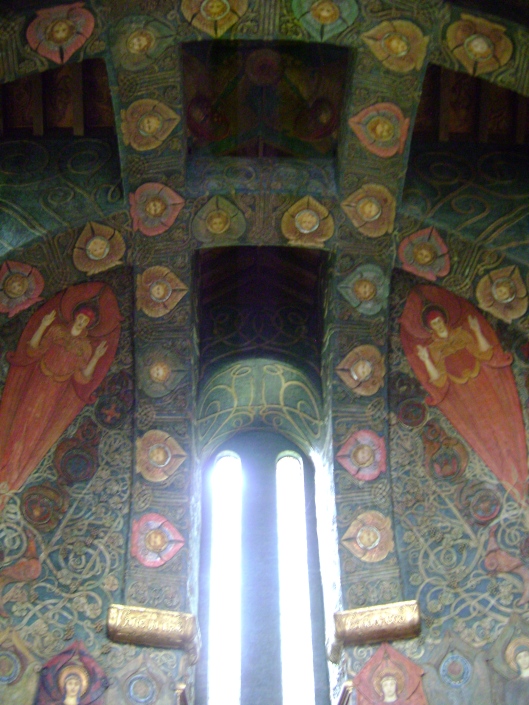 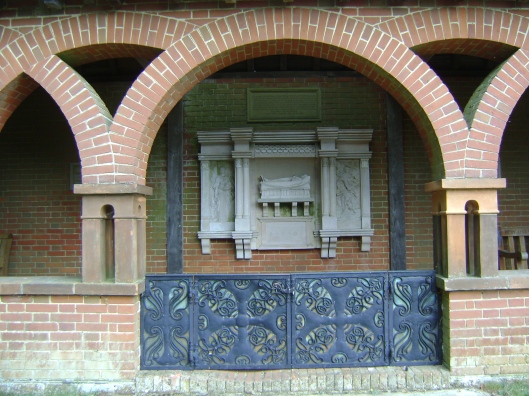 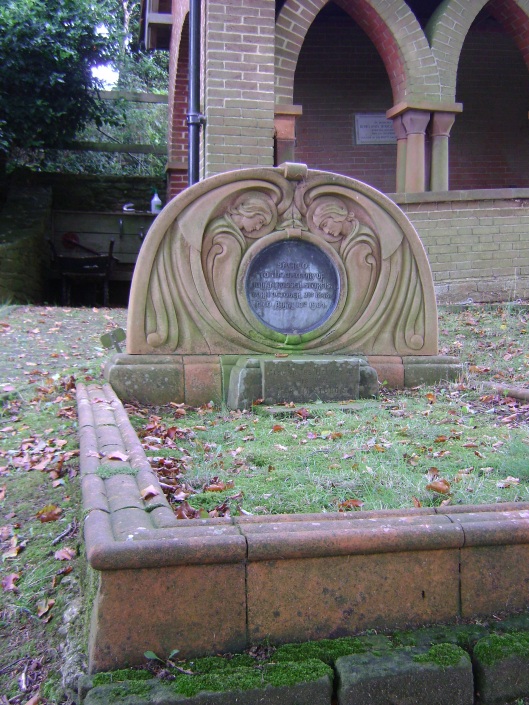 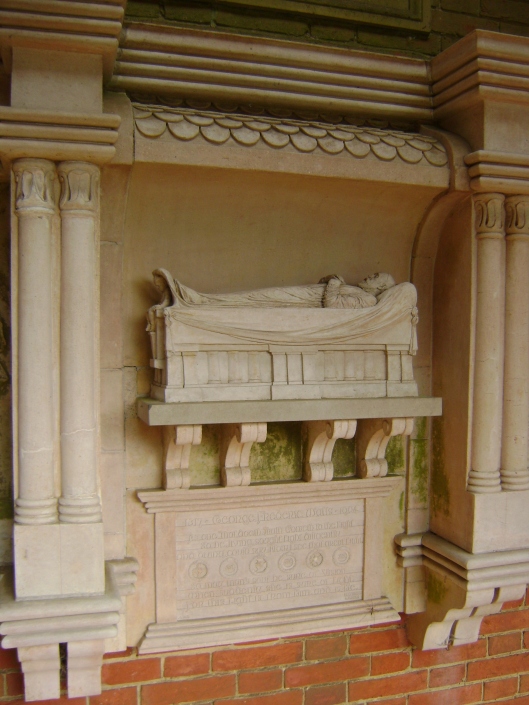 Links
Lots has been written about the chapel, but you may like to start with these:
London Historians visited Watts Gallery and you can read their posts on the visit here. You can watch the short introduction to the chapel by Watts Gallery here, or the slightly longer explanation, Mary Watts & The Watts Chapel by Richard Jefferies here. Or simply go to the Watts Gallery website for more information.