As the Resident Medical Officer at Middlesex Hospital, William Freer Lucas M.R.C.S.Eng., L.R.C.P. Lond., although just 23 years old, was responsible for the medical procedures in the wards on that fatal day in October 1893, and when a child with diphtheria needed a tracheotomy, it was his job to perform the operation. When he was administering chloroform, mucus from the child landed on his face, either because the child sneezed or in some other way during the procedure, and from that Lucas became infected with the disease. He died four days later on the 8th of October.

The newspaper reports of his death all praise William for continuing with the operation without stopping to wipe off the mucus and putting the patient before his own well-being. The Hampshire advertiser gave “all honour to our hospitals that they are full of men [no mention of women!] ready to run such risks for the saving of life and the relief of pain. Their heroism is seldom recognised […] but when such a record as this does reach us we pay eager tribute to its nobility”.(1) There is a lot to be said for surgical masks!

The British Medical Journal included an obituary from which we learn that Lucas was officially styled ‘Casualty Medical Officer’ and had studied and worked at the Middlesex Hospital since 1888.(2) Before that, he had attended the Royal Medical Benevolent College at Epsom, which was founded in 1855 to provide education for the sons of medical practitioners. Later, children from different backgrounds were admitted.(3)

William Freer’s father, William Lucas, was a farmer who employed 11 men and 2 boys on his 420 acre Sussex farm.(4) William Freer had a number of brothers and sisters, and one of them, Richard Clement (born 1873), also went to Epsom College, even becoming assistant master there and later headmaster at Seabright’s, Wolverley. Another Richard Clement (1846-1915), probably William Freer’s uncle on his father’s side, had a distinguished career at Guy’s Hospital and became Fellow of the College of Surgeons.(5)

A College letterhead in the mid-1860s (Source: Epsom College Archive)

But back to our hero: William Freer was baptised on 25 September, 1870 at St. Andrew’s Church, Grafham, Sussex, as the son of William and Miriam Lucas. The church record does not say exactly when he was born, but Epsom College Archive could tell me that his date of birth was 24 August, 1870.(6) He was buried on 13 October, 1893 at Shamley Green, Guildford.(7) Why there is unclear; as far as I have managed to find out, his family had no ties there. The burial list for 1881-1900 does not mention another Lucas, but there may have been a link on his mother’s side. In his memory, his parents endowed the Freer Lucas Scholarship for students of Epsom College. The scholarship is awarded annually on the nomination of the headmaster.(8)

Who the child that Lucas treated was, whether it survived, what its name was, or even if it was a girl or a boy remains a mystery. 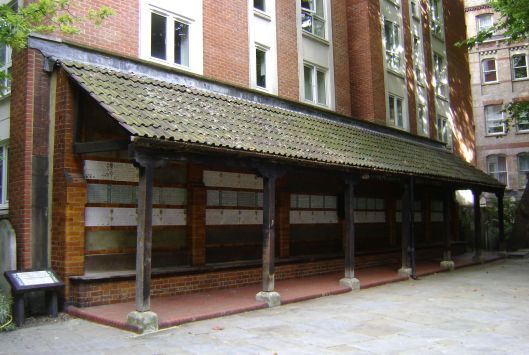 1 thought on “Casualty on the ward”