While walking round in Southwark cathedral, I came upon a sculpted plaque on one of the walls dedicated to someone – and I apologise profusely for my ignorance – of whom I had never heard before. But a little research soon put me on the track of a remarkable lady. 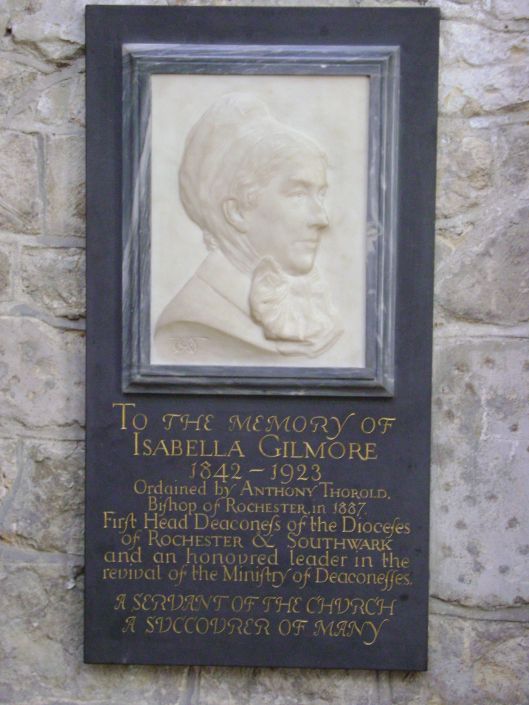 Isabella was born on 17 July 1842 at Woodford Hall, at the edge of Epping Forest, as the daughter of William and Emma Morris. Yes, indeed, the same parents as those of the far more famous William Morris. Unfortunately, one of Isabella’s biographers thought it necessary – or maybe her publisher did – to use the family connection as the subtitle of her book. That is a great shame, because the appreciation of Isabella’s accomplishments should not be dependent on her brother’s achievements. Isabella should be remembered for her own deeds.

When Isabella – or Issy is she was informally called – was five years old, her father died and the family moved to Water House, Walthamstow. She was at first educated by a governess, but she later went to a private school in Brighton and a finishing school in Clifton. In 1856, the family moved once again, this time to Leyton Hall, Essex. When Isabella was eighteen, and living with her mother at Leyton Hall, she became acquainted with Lieutenant Arthur Hamilton Gilmore. The naval officer was ten years older than Isabella, but she liked him for his kindness and humour. After a few months, Arthur asked her to marry him and in September 1860, the wedding ceremony took place in St. Mary’s, Leyton. 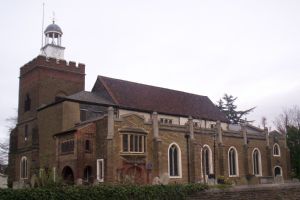 Biographies of Isabella say that because of Arthur’s navy duties and hence absences, the couple frequently moved house. We know that at the time of the 1871 census, they were living at 21 Burton Street, and ten years later, at the time of the 1881 census, they could be found at 16 Notting Hill Square. But, a lot of time was also spent in Ramsgate where Arthur’s parents had taken a house. Arthur was promoted to commander in 1869, but retired sometime before 1881 when he is recorded as ‘retired’. The couple then moved to Lyme Regis hoping that the fresh air would do Arthur good, but his health deteriorated fairly quickly and he died on 1 November 1882. The probate record gives his address as Silverley, Lyme Regis. For one reason or another, the probate was not granted to Isabella until March 1893.(1) Why it took so long is unclear. After Arthur’s death, Isabella went to live with her mother and sister at Much Hadham, but her sister’s overdone enthusiasm for the Roman Catholic faith to which she had converted, did not make life any easier. 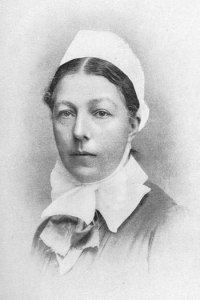 Isabella decided to become a nurse which caused a lot of misgivings in the family. Although nursing was seen as a worthy occupation, it was something else to have one’s own middle or upper class family member aspiring to a career in nursing. Although Florence Nightingale had done much to improve people’s idea of hospitals, they were still considered too harsh an environment for well-brought up, that is sheltered, girls. But Isabella was adamant and she entered Guy’s hospital training school. Much had been done at Guys in the 1870s and 1880s to improve standards. Cleaning staff were employed to clean the wards, thereby relieving the nurses of this duty. Nurses were now boarded at the hospital, preventing the theft of food that had been a major problem. And they were also made to wear a uniform, not only contributing to an improved hygiene, but also to the dignity of the profession.

In 1886, Isabella was approached by Anthony Wilson Thorold, the Bishop of Rochester, who was involved in setting up an order of deaconesses who were to work among London’s poor. Deaconesses worked directly under a bishop, as opposed to nuns who worked from a religious institution. It took some doing to find a parish where deaconesses would be accepted. The clergy considered them too near the catholic tradition, but eventually a house at 11 Park Hill, Clapham, was rented from archdeacon Burney and work could begin in earnest. Isabelle did much of the work to make the house suitable herself, but her brother William helped her. The following account is from her own memories:

The Council told me only to furnish for four women besides myself. It was settled that it should be ready the week after Easter, and the Bishop said that he would ordain me on April 16 in our chapel. I told him the Council need not think of the chapel and my two rooms, as I would settle everything for that part of the house, if he would give me leave and tell me if there was anything we must not have. He said that there must be no cross on the Holy Table, but there might be a cross on the hangings above the Altar. I asked my brother, William Morris, to come and tell me how I might make the chapel beautiful; he was in one of his happy tempers, liking the old house on the Common, and telling me it was a nice place to live in, and saying we might make a lot out of the rooms we were considering. So he took the order off, and said his people would come and do it all and give me no trouble.

The rest of the house the Council had to make good as to clean paper and paint, but the passages and staircase were left with a horrible green malachite paper which Bishop Thorold said was “good discipline for me.” I got an estimate from Tarns for our simple furniture and sent it to the Treasurer, General Geary. He told me I must knock off something, so I knocked off thirty-two pounds for staining floors and some small matters. That was passed, and I gave the order, and arranged that everything was to be ready and the people out of the house by Easter Tuesday. I then went off, I think, to Lyme Regis, and returned in Holy Week. I did my best to hurry the workmen. The chapel and my rooms had been finished for more than a week, but the rest of the house was not nearly done. On Good Friday, after Matins at Clapham Parish Church, I shut myself alone in the house, and then I stained all the floors with permanganate of potash. It was a glorious hot day, and by the time I had finished upstairs the downstair rooms were ready for the oil. I did them all, and left them ready for my next morning’s work. I went on until late on Easter Eve, and then went off to dear mother at Hadham. It was a calm and beautiful Easter. I felt quite happy, nothing troubled me. On Easter Tuesday I got back to the house: the two servants I had engaged came long before any furniture. It was a scrimmage to get ready by the Saturday, but by working hard we did it. One of my mother’s dear old servants brought boxes of things for the tea, and my sister, Mrs. Oldham, came ready for the service.(2)

On 16 April, 1887, Isabella was ordained and became head deaconess of the Rochester and Southwark Deaconess House. At first, it was not easy to attract women to the house they had set up. Most left after a shorter or longer time as the job proved too challenging. It must certainly have been a shock for many of them to learn that the idea was not to reside in splendour and dish out alms to the poor, but that ‘real’ work had to be done. Gilmore insisted that the women were trained in the basic theological principles in order to be ready for parochial duties. They were also trained in basic nursing skills and some were given the opportunity to train for six months at Guy’s hospital. The strict discipline weeded out the unsuitable candidates quite quickly and after a couple of years, the house was full of dedicated professionals. They provided a soup kitchen, donated clothing, looked after the sick, taught religion and basic sanitation. One of Isabella’s more odious duties was fundraising. She disliked it, but was very good at it and in 1891, the institution could move to a larger house on the north side of Clapham Common called “The Sisters”, but later named “Gilmore House”.(3) 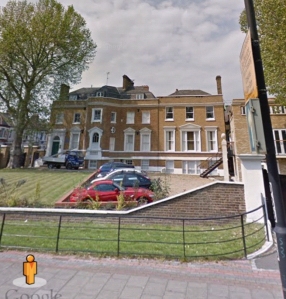 In 1894, Isabella’s mother died and left her a substantial sum which she decided to use on a chapel for the Institution. Philip Webb designed a simple chapel in the arts and crafts style, as well as the furniture and a cross for the chapel.(4)

In 1895, Katherine Beynon came to the Institution to discuss the possibility of sending deaconesses to Lahore where her father, grandfather and great-uncle had played a major part in India’s administration. Katherine ended up doing the training herself and after a year went back to set up a similar, very successful, centre in Lahore, St. Hilda’s. In 1906, Isabella retired from the Rochester Institution, not because she was tired of the work, but because she thought a younger person might benefit the organisation. She went to live in Upper West Street in Reigate with her niece Ada Morris, but retirement did not mean she no longer kept in touch with her work or her former pupils. She corresponded with deaconesses she had trained all over the world and could always be called upon in a difficult situation. In 1914, the two nieces moved to Kew and gradually Isabella was less and less capable of active involvement in church work and she retired from her diocesan post. She died on 15 March 1823 and was buried on the 21st at St. Michael’s, Lyme Regis, beside her husband.(5) The bas-relief in Southwark cathedral was set up the following year. According to Grierson, it is the work of Arthur George Walker and one Mr. (Ninian?) Comper.

Isabella Gilmore, aged 64, from a portrait by C. B. Leighton (Source Wikipedia)